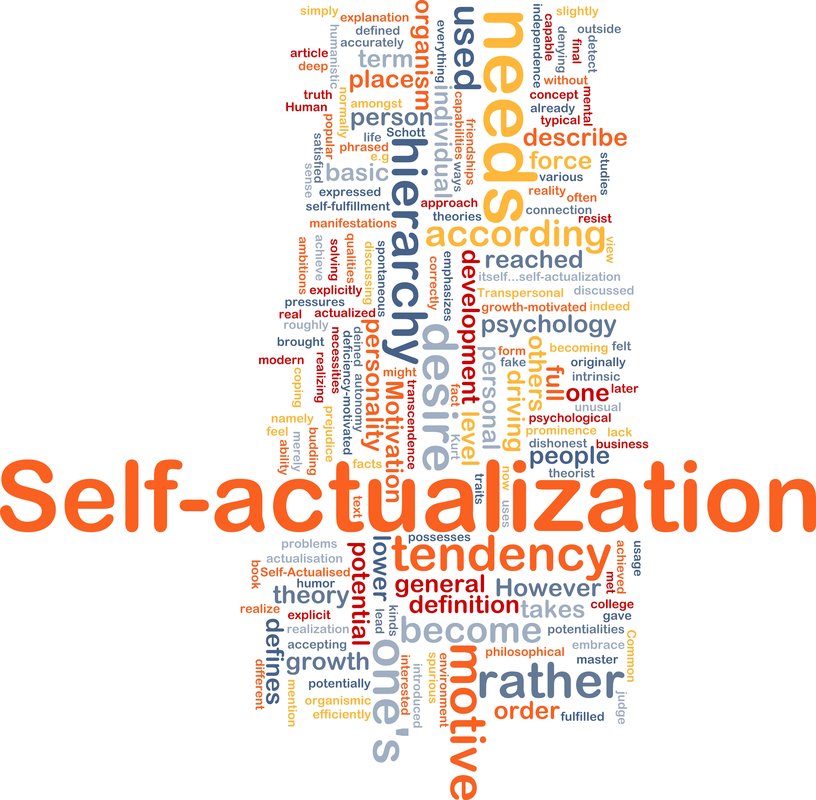 THE BIG IDEA: Outperforming leaders tend to be growth-oriented, both within themselves and within their organization. This week’s article highlights thirteen characteristics of self-actualizing people observed by Maslow.

Psychologists primarily studied mental illness for the first 50 years of the field’s existence.

Maslow challenged the assumption that there was a clear dividing line between mental illness and mental health. He realized that his field of psychology—the study of the human mind—hadn’t studied or clearly defined the characteristics of positive mental health.

If you’re over 50, you probably remember the term “self-actualization” from the 1970s. Maslow used this term to characterize those individuals that tend to have a higher degree of positive mental health.

If you recall from Maslow’s Hierarchy of Human Needs, the first four levels—physiological, safety, love/belonging, and esteem—are basic needs. He also called them deficiency needs.

When we feel that these basic needs aren’t being met, we experience tension and exhibit neurotic behavior. If we feel that our colleagues at work don’t like us, for example, our need to belong is threatened. Most human beings in the modern world struggle to meet one or more of their basic needs.

Think of self-actualization as the need to become what one has the potential to be. One realizes this potential for its own gratification—not for any external gain or concern of what others will think or say.

How Self-Actualization Translates to the Bottom Line

Chief executives and entrepreneurs that outperform their peers in the long-term tend to be self-actualizing. That is, they are interested not just in the growth of their enterprise, but in their own growth as well. These two areas are intrinsically linked; one uplifts the other.

Your people are constantly watching your behavior, consciously and subconsciously. The more you focus on your own growth and demonstrate noticeable improvements over time, the more you’ll inspire your people to do likewise.

Certain businesses go so far as to make self-actualization one of their core values. Companies like Netflix, Zappos, and the Ritz-Carlton have learning and growth explicitly stated as something they stand for.

But having learning and growth as a core value only works if leadership has the same commitment within themselves.

1) Superior perception of reality: an unusual ability to judge others accurately and detect dishonesty in the personality.

2) Increased acceptance of self, of others, and of nature: less overriding guilt, crippling shame, and severe anxiety. Acceptance of shortcomings and contradictions, without feeling real concern.

4) Increase in problem-centering: more focused on problems outside themselves as opposed to personal problems (ego-centered).

5) Increased detachment and desire for privacy: comfortable being by themselves without the neurotic need to always be around others.

6) Increased autonomy and resistance to enculturation: dependent on their own development of their potentialities as opposed to being dependent on social or cultural forces that motivate the average person.

7) Greater freshness of appreciation and richness of emotional reaction: ability to appreciate the basic elements of life with awe, wonder, and pleasure long after these elements become stale to others.

9) Increased identification with the human species.

11) More democratic character structure: friendly with anyone of suitable character regardless of class, education, political belief, race, or color.

13) Certain changes in the value system: with an appreciation and acceptance of human nature, many of our so-called “problems” are seen as gratuitous and fade out of existence.

Leadership: Constant Growth in the Service of Others

Maslow was disappointed when he saw what happened to many people who read his work and adopted the idea of self actualization.

While Maslow was attempting to define the qualities of those with positive mental health, many people simply used the term to form a stronger self-concept: “I am a self-actualizing person.” The term became a badge—yet one more way for people to inflate their egos.

Level 5 leaders, guided by humility and a strong personal will, can avoid this pitfall, finding their own paths of growth while staying grounded in the service of others.