1: great devotion to a person, idea, object, movement, or work

2: a system of religious beliefs and ritual

3: In the 1930s cults became the object of sociological study in the context of the study of religious behavior.

The Meaning of the Term

For some people, the word “Cult” is enough to make the hair on the back of their neck stand up. Thoughts of Jim Jones and David Koresh spring easily to mind. These renowned cult leaders certainly had their followers, but they didn’t lead them anywhere good.

It’s important to understand that there are both benign and negative cults. Benign cults don’t harm their followers, while negative cults do. The fanatical devotion exhibited by Apple aficionados and Harley owners exhibit behavior that is certainly cult-like, but no one is harmed as a result of their affections. Benign social groups build their members up; negative cults tear their members down.

We turn to Rick Ross, one of the nation’s leading experts on cults, for a more in-depth explanation. For over twenty years, Rick Ross has studied these groups and helped rescue family members trapped inside their compounds.

Ross describes destructive cults as “groups with an absolute authoritarian figure at the top of a pyramid scheme of authority where there is virtually no accountability for that leader.” This is where you see the Jim Jones type of dynamic at play. The leader is a super-star who has absolute control. Cult Brands are different because it’s not at all necessary for people to know who’s in charge for them to form a relationship with the brand. Lots of people know Steve Jobs was at the core of Apple’s success, but the average customers doesn’t know who is at the helm of IKEA, Whole Foods, or even Harley-Davidson.

Destructive cults hurt, harm, manipulate, and often brainwash their members. The leader of a destructive group really doesn’t care about the well being of its members. In fact, such leaders openly exploit and abuse their members, usually for their own personal benefit.

Benign cults have one trait in common with their negative counterparts. That’s the intensity with which the  members are attached to the object of their affection. Ross describes a benign cult as “any group of people that are intensely devoted to a person, place, or thing,” but where the relationship between the follower and the leader or group is harmless, benign, or even positive.

Benign cults are never destructive. They don’t harm or injure their followers either physically or mentally. Benign social groups have leaders who are accountable to the group, and the leaders value the feedback of their followers.

Benign cults are inclusive. They welcome anyone who wants to belong. There’s no price of admission—you don’t need to buy a Harley-Davidson motorcycle to be part of the Harley community: simply being enthusiastic about the brand is enough. This is an important point of differentiation from negative cults, which are exclusive, shutting out anyone who doesn’t fit a specific set of criteria.

The important thing about benign cults is that they help fill the emotional wants and needs of their followers in a positive way. There are clear, easily identifiable, objectively observable benefits that are derived from membership in a benign brand group. 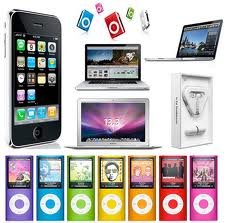 There are many weak brands and Average Joe brands out there. There are even numerous iconic brands in the world, which most other companies aspire to be. But few brands ever develop a deep, penetrating relationship with their customers. Few brands truly win the heart’s of their customers, which breeds authentic customer loyalty. Few brands ever adhere to the rules – knowingly or not — that define a Cult Brand.

Here are 21 of the most powerful Cult Brands and how this powerful form of marketing has shaped their relationship with their customers and Brand Lovers.