7 Rules to Grow Your Business 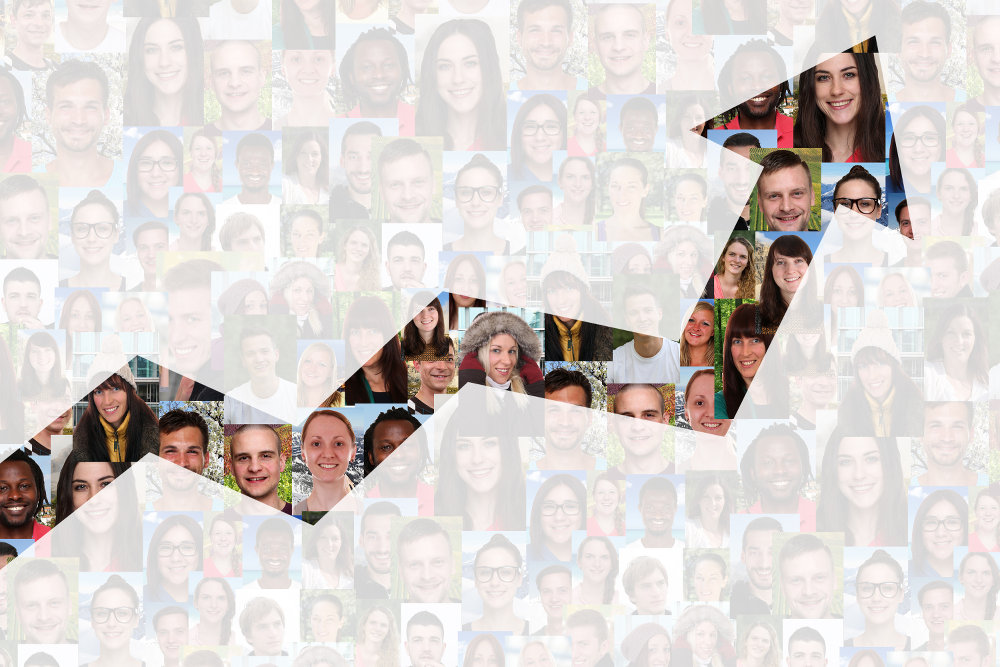 THE BIG IDEA: Cult Brands reveal seven strategies any business can use to grow bottom-line profits. If you’re ready to expand your business, follow these effective business practices. END_OF_DOCUMENT_TOKEN_TO_BE_REPLACED

Leadership in the Year Ahead

Thank you for your continued readership. A happy and healthy New Year to you.

Here are a few hand-selected quotes on leadership to prime your mind for the year ahead: END_OF_DOCUMENT_TOKEN_TO_BE_REPLACED

How to Show Love to Your Customers

THE BIG IDEA: Love is an unexpressed, yet vital element for attracting loyal customers. Here’s a practical approach to harnessing the power of love. END_OF_DOCUMENT_TOKEN_TO_BE_REPLACED

THE BIG IDEA: Apple had no business getting into the retail space, but their courage paid off and there are lessons we can all learn from their success. END_OF_DOCUMENT_TOKEN_TO_BE_REPLACED

The Value of One-on-One Conversations 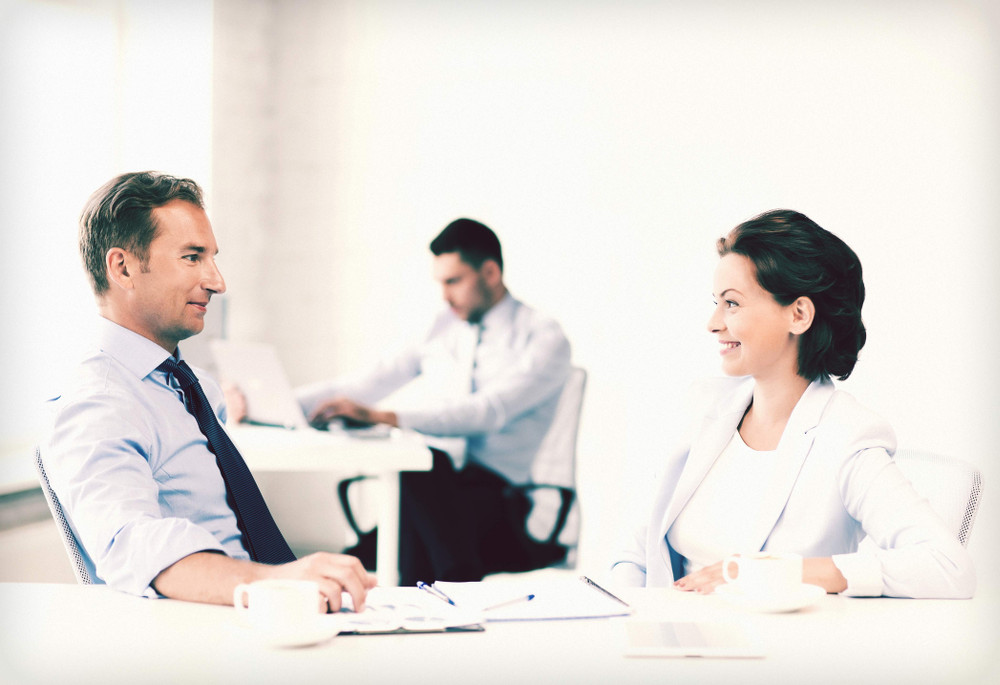 THE BIG IDEA: Performance reviews may actually be hindering employee performance and interoffice communication. Timely one-on-one dialogues with your employees can be infinitely more effective and economical.  END_OF_DOCUMENT_TOKEN_TO_BE_REPLACED 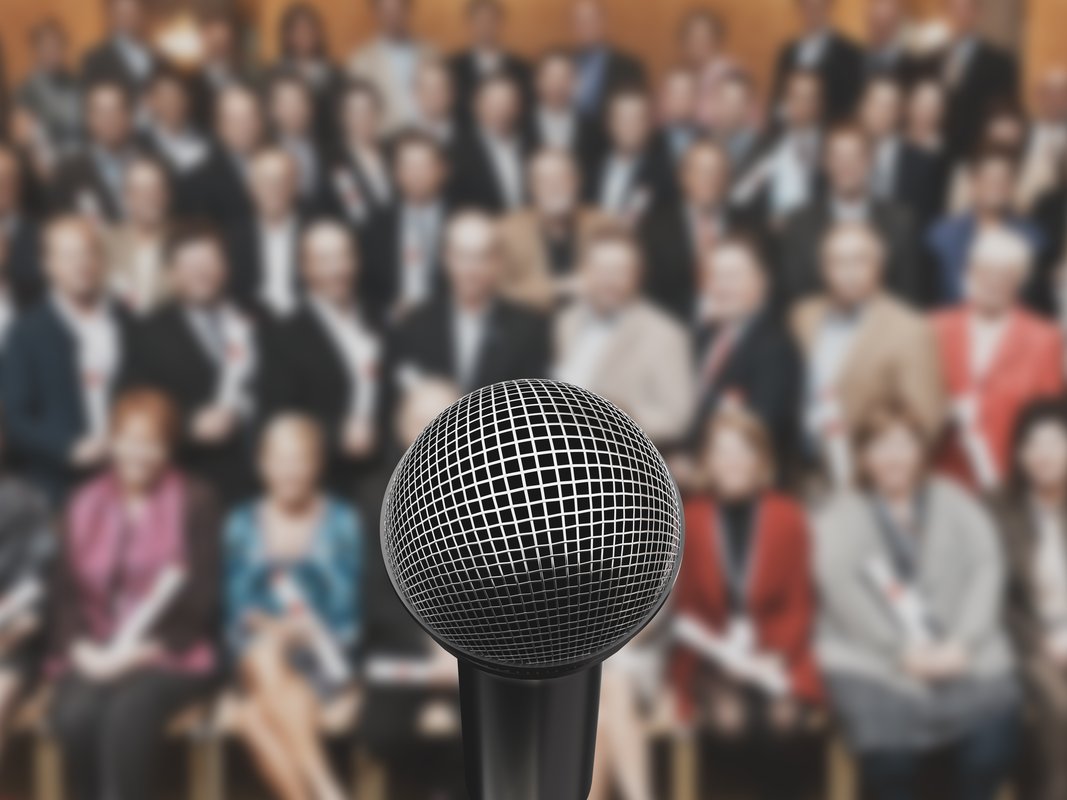 THE BIG IDEA: Delivering presentations that stick is a staple of extraordinary leaders. Here are three tips to help you hone your presentation skills. END_OF_DOCUMENT_TOKEN_TO_BE_REPLACED

10 Quotes to Free Your People of Their Fear of Failure 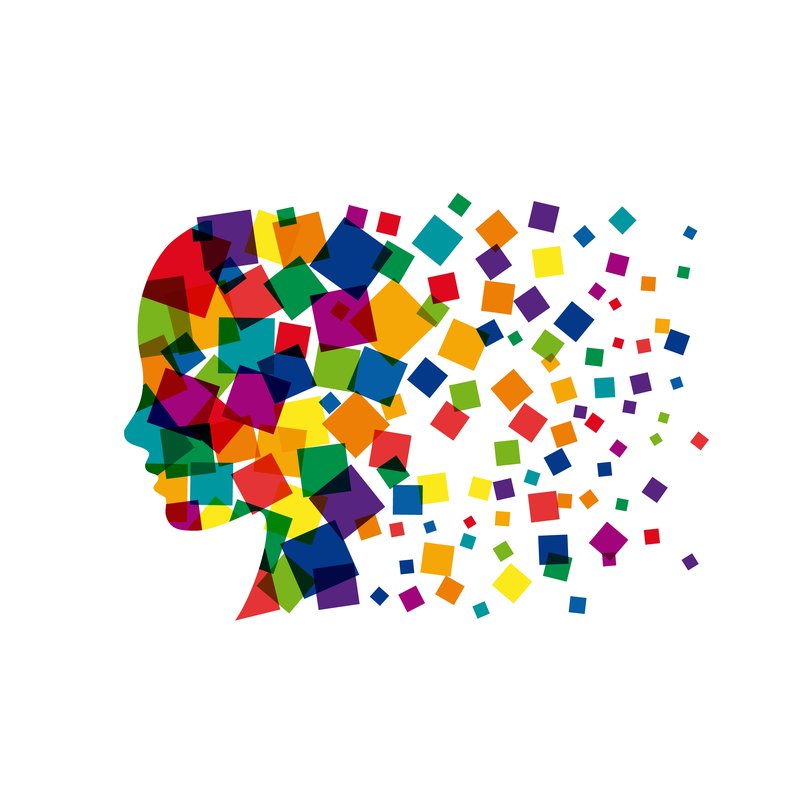 THE BIG IDEA: Ten reminders to help you create an environment where people feel free to try, fail, learn, and try again. END_OF_DOCUMENT_TOKEN_TO_BE_REPLACED

3 Ways to Unleash the Power of Humor 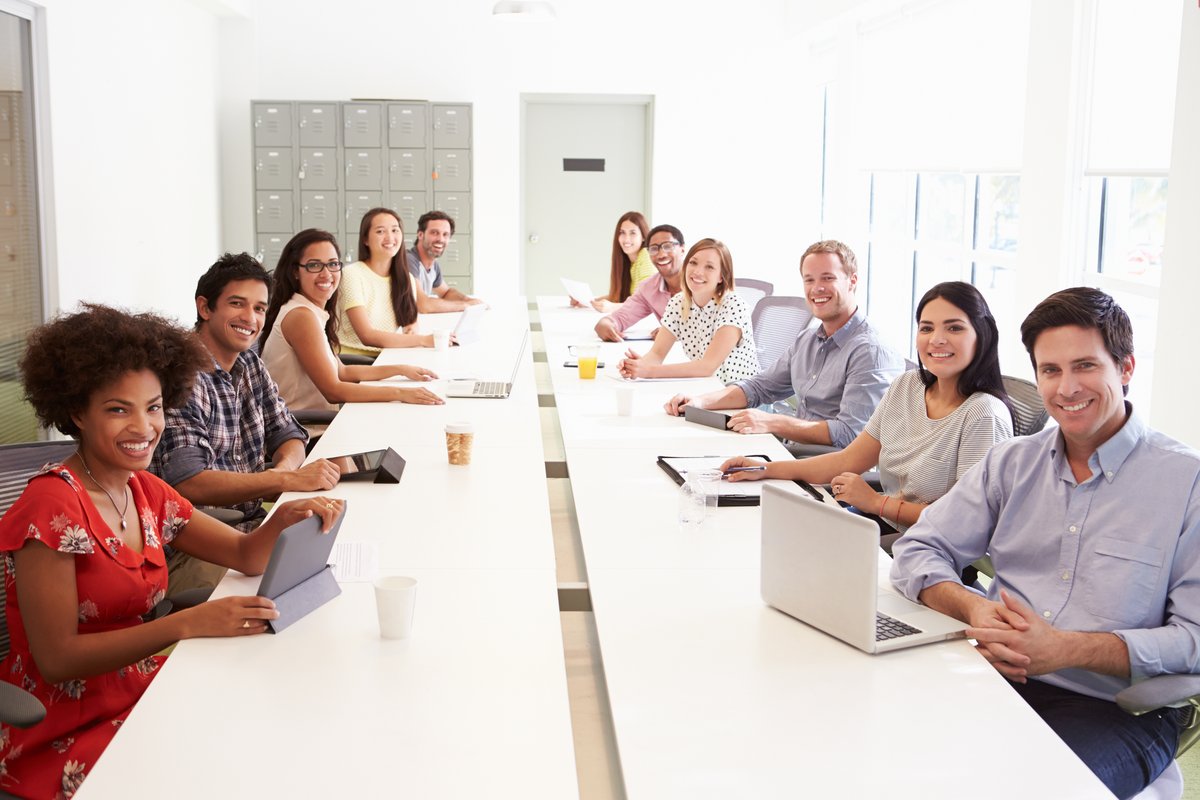 THE BIG IDEA: Humor is powerful core value that you and your organization can utilize to grow and flourish in foolish, remarkable, and unexpected ways. END_OF_DOCUMENT_TOKEN_TO_BE_REPLACED 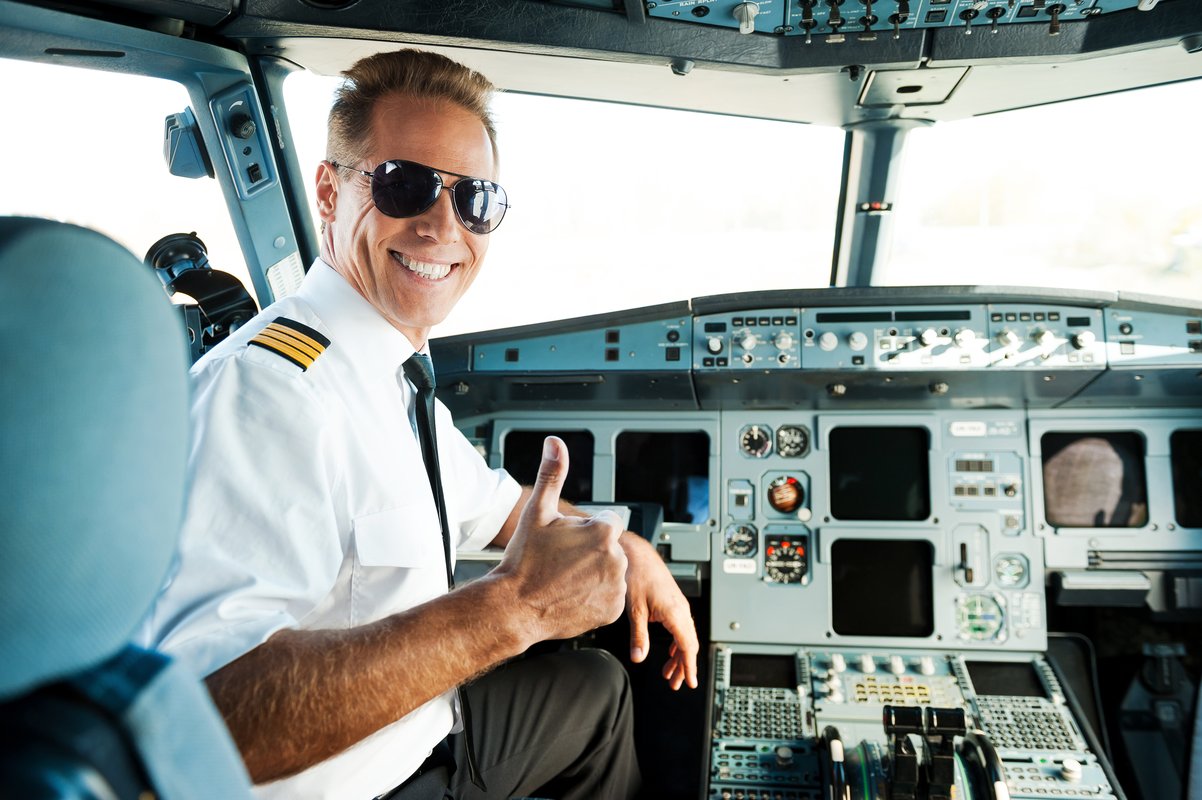 THE BIG IDEA: Humor is a powerful, largely underutilized resource that can uplift your organization. Today we’ll look at how Southwest Airlines uses humor to stay on top.

Bleary-eyed passengers who have come to equate air travel with their worst living nightmare have to fight hard not to smile when disembarking from a Southwest flight.

Immediately after takeoff, the pilot’s voice is heard through the overhead speaker: “Bear with me folks, this is my first time.”

Chuckles are heard throughout the cabin.

In reviewing the safety procedures, a flight attendant instructs, “In the event of a sudden loss of cabin pressure, oxygen masks will descend from the ceiling. Stop screaming, grab the mask, and pull it over your face. If you have a small child traveling with you, secure your mask before assisting with theirs. If you are traveling with two small children, decide now which one you love more.”

When the plane lands, a flight attendant warns, “Please use caution when opening the overhead compartments, as shift happens.”

When workplaces are plagued by negative energy, backstabbing antics, and gossipmongers, people turn into the lost school children of Lord of the Flies, forced to fend for themselves in a cruel, competitive, and unforgiving world.

Southwest Airlines understands that humor has the power to ease stressful situations, build rapport and cohesiveness, and soften the most hardened lines of communication.

The organization knows that humor and a happy work environment translates to the bottom line. After all, the airline has remained consistently profitable for the last 42 consecutive years.

Creating a Culture of Fun Starts at the Top

Who did Southwest inherit the funny genes from? Who else, but the zany, jolly good fellow by the name of Herb Kelleher. As founder and former chairman of Southwest, Kelleher’s off-the-wall antics successfully established the mood for the company’s quirky culture.

In one famously outrageous incident, Kelleher and Kurt Herwald, then chairman of Stevens Aviation went head-to-head in an arm-wrestling competition over the rights to a slogan. Stevens Aviation was using their “Plane Smart” catchphrase for a year before Southwest inadvertently infringed on their rights with its “Just Plane Smart” campaign.

The dual, scheduled for high noon, would proclaim one winner. Kelleher lost the match, but in a spirit of good will, Herwald granted Southwest permission for continued use of the tagline.

Robert Half International, an executive recruitment firm, surveyed 492 professionals and found that 97% felt it is important for managers to have a sense of humor.

Max Messmer, chief executive of Robert Half, explained, “Managers who can laugh at themselves or difficult situations are often seen as more approachable and in touch with the challenges their teams face.”

It’s no doubt that Kelleher and CEO Gary Kelly are in touch with their people, and it’s this particular attitude that Southwest looks for in potential hires.

Ginger Hardage, Southwest’s Senior Vice President of Culture and Communications, explains, “What we try to show in our public relations and our advertising is the Southwest attitude. When we hire people, we look for that particular attitude.”

A candidate on a job interview might be asked a question about the last time he or she used humor to pacify a tense situation. Hardage also recalls a time when a group of pilots showed up wearing traditional suits, but were told that only candidates wearing gym shorts would be interviewed that day.

Sounds like a joke? To Southwest, humor is serious business. The pilots who changed into gym shorts got hired; the others went home. Hardage stated, “If people tend to be serious, stuffy and can’t laugh at themselves, then they probably won’t work out at Southwest.”

How Humor Positively Impacts the Workplace

Chris Robert, associate professor of management at the University of Missouri, studied the effects of humor in the workplace.

Robert explains, “That’s where employee retention comes into it. If you have positive emotions about your job, you’re less likely to quit. And maybe part of that is because of the fun you’re having in the break room. You might get a better job offer, but it will take more to draw you away when you like where you work and you like the people you work with.”

Yet humor does more than create a happy workplace that increases productivity. Robert found that the use of humor is associated with two highly prized values: intelligence and creativity.

He explains that humor traces its impact to incongruity. A joke is funny because two seemingly disparate things are connected in a way that makes them compatible. It parallels the process of creativity where ideas converge in a unique manner.

When humor infuses the workplace, it becomes a breeding ground for happiness, productivity, creativity, and innovation. Also, when employees are feeling positive, the customers catch onto the spirit and everyone benefits.

In the words of Kelleher, “Humor rubs off on people. We don’t hire people to be funny, but we want them to keep their individuality, which makes them feel better about work and, in turn, makes them happier and more productive.”

So loosen up and let the laughter begin.

The 7 Principles of Word of Mouth 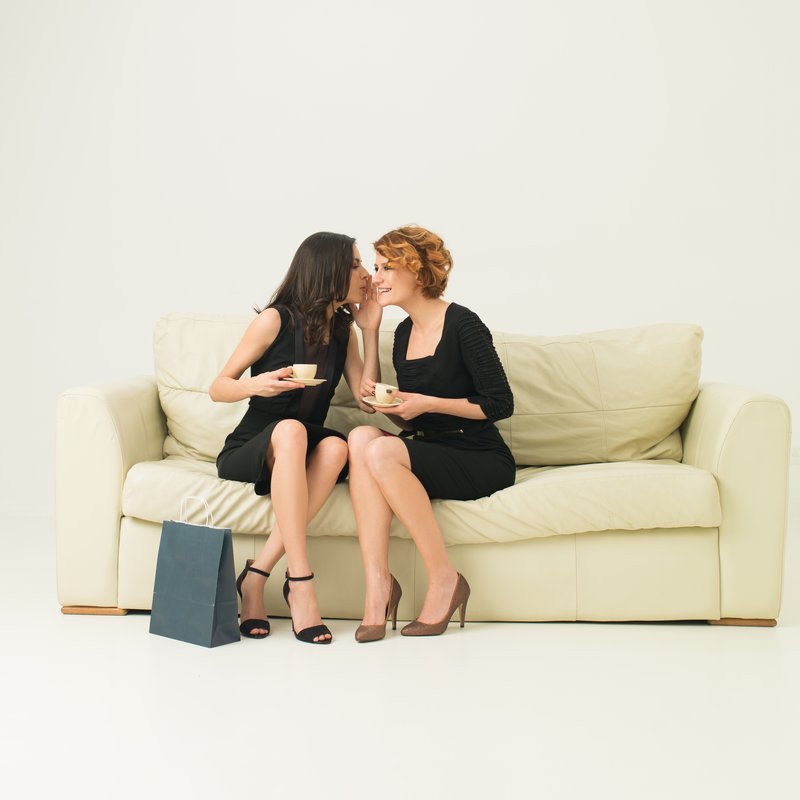 THE BIG IDEA: Seven psychological factors that drive your customers to spread the word about your products and services.

How do you get your customers talking about your products and services?

You work hard to create amazing experiences for your customers—experiences worth talking about.

Here are seven principles to help you better understand what drives your customers to share the good word:

1 – The Principle of Integrity:
They know that you know that they know.

Unless you are very adept at meeting their needs, you’re going to encounter an impenetrable barrier. Don’t think you can deceive them into believing they’re not being coerced into buying a product. People are much better at detecting deception than they are at being the deceiver.

2 – The Principle of Status:
People share what makes them look good.

Both negative and positive information reflect positively on the person conveying the information, as both are useful to decision-making.

3 – The Principle of Cool:
Ride in front of the “Cool Wave” or wipe out.

If you see something cool today, you can almost bet it’s on its way out and something else will be cool very soon.

Soon, however, that won’t be cool either. Pogs—the milkcap game that originated in the 1920s—reemerged and was all the rage in the early ‘90s, but has now all but disappeared.

Technological advances in communication shorten the cycles of “cool.” Listen to your customer. In order to be on top, you must know what’s cool before it becomes cool. Just like a wave, if you jump too late, you’re not going to catch it.

4 – The Principle of Groups:
Small groups—the critical few—dictate the large.

The same principle that applies to individuals applies to groups—you need the influence of many small groups to create a movement.

5 – The Principle of Influence:
Everyone is influential—especially on the Internet.

Connectivity changed the landscape of influence. Everyone is able to influence people in some way, on some subject. No one can affect people’s decisions in every category. Those who provide more useful input gain more status, and are more likely to be listened to.

Knowledge is power, especially on the Internet, where normal social cues like body expressions and facial reactions are not in place. As a result, anyone can say what he or she is thinking. Comments are judged by their accuracy and value rather than the person’s background.

6 – The Principle of Meaning:
People talk about what’s meaningful to them.

Listen carefully to the critical few to find out what they care about, and give them something to talk about. If you can find ways to amuse them, surprise them, or give them information that will give them esteem among their peers, they will talk. Everyone else will follow.

7 – The Principle of Surprise:
People love to share what surprised them.

Never underestimate the power of surprise. Let the consumer discover the best thing about you instead of hearing you shout it from the rooftops.